Today’s episode is a listener request. I didn’t really know much about Marvin Gaye before this other than the fact that he sang love songs and his name is forever tied to sexy time. I was surprised to find out everything that had happened in his life and how his life ended and I’m surprised it’s not more talked about since he is such an iconic name.

So we’re just going to jump right in and start with some background on Marvin Gaye. He was born April 2, 1939 in Washington D.C.. His father, Marvin Gay Sr. was a church minister and his mother, Alberta Gay (Cooper), was a domestic worker and schoolteacher. He was the second of four kids – his siblings were Jeanne, Zeola, and Frankie. He also had a half brother, Michael Cooper, his mother’s son from a past relationship and Antwaun Carey Gay, a result of his father’s extramarital affairs.

He was only four years old when he started singing in church with his father accompanying him on the piano. He realized early on that singing was his passion and after performing in a school play when he was 11, he was encouraged to pursue a professional career in music. He took this to heart and started taking his music more seriously in junior high joining the Randall Junior High Glee Club. In high school, he joined several doo-wop vocal groups including the Dippers and the D.C. Tones.

While this perspective makes it sound like things are going well, his life wasn’t all as hunky dory as it may seem at first glance. He described living with his father as “living with a king, a very peculiar, changeable, cruel, and all powerful king.” His sister has also said that he was beaten regularly from the time he was 7 well into his teenage years. As a teenager, he was constantly kicked out of the house. I couldn’t find anything about why he got kicked out, but knowing what we do about his father, I’m guessing it was probably and overreaction. He said that if he hadn’t had the relationship with his mother that he did – with her consoling him and encouraging his singing, he probably would have committed suicide.
By the time he was 17 he dropped out of high school and enlisted in the United States Air Force as a basic airman. This didn’t last long though because he was unhappy with the menial tasks he was given to do. At this point, he faked a mental illness and his sergeant said that he refused to follow orders so it wasn’t long before he was discharged (general discharge).

After returning from the air force he joined the vocal quartet The Marquees with his close friend Reese Palmer. During the time he was in this group though he began composing music. Unfortunately, the group had minimal success and their one single, “Wyatt Earp,” failed to chart and the group was dropped from their label.

The group was later hired as employees by Harvey Fuqua, co-founder of Moonglows, an American R&B group. He had The Marquees change their name to Harvey and the New Moonglows and relocated them to Chicago. They recorded several songs for record label Chess, one of which was “Mama Loocie,” his first lead vocal recording. They found group work as session singers for established acts before disbanding in 1960.
Gaye then relocated to Detroit with Fuqua and signed with Tri-Phi as a session musician where he played drums on multiple of their releases. In December 1960, he performed at Motown president Berry Gordy’s house. Gordy was impressed and bought part of Fuqua’s interest on his contract with Gaye. Not long after that, he signed with Tamla, a subsidiary of Motown.

After signing with Tamla, he pursued a career as a jazz performer and said he had no desire to do R&B. Before releasing his first single, he changed the spelling of his name, adding the ‘e’ at the end of Gay. According to David Ritz, he did this to silence rumors of his sexuality and to distance himself from his father.

His first single, “Let Your Conscience Be Your Guide,” was released in May 1961. Just a month later, his album The Soulful Moods of Marvin Gaye was released. His initial recordings failed and he spent a lot of time drumming again. 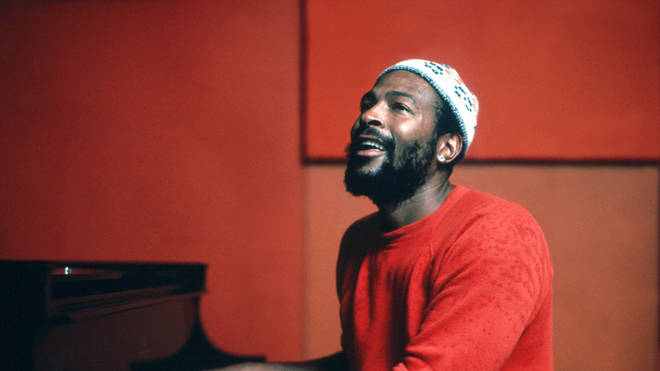 Over the next few years he started to slowly see more success and become more recognizable with some of his music beginning to chart.
During this time, in 1963, he also married Anna Gordy, Berry Gordy’s sister. 2 years later he fathered a child, Marvin III, with Anna’s niece, Denise Gordy when she was only 15 or 16 depending on the source. Now, there’s a lot of speculation as to what really happened with this. It’s said that Anna faked a pregnancy the whole time and claimed she gave birth to him. At one point it was reported that Marvin and Anna arranged the whole thing because Anna couldn’t conceive, but it was a huge secret because since Denise was literally a child he could go to jail for statutory rape.
On October 6, 1968 he sang the national anthem during game 4 of The World Series. Also in late 1968, his recording of “I Heard It Through the Grapevine,” became his first to reach number 1 on the Billboard 100. It was also at the top of the charts in other countries and sold more than four million copies. This is a huge success, but he felt like it was something he didn’t deserve and that he was just a puppet. He continued to release hits and his name became more and more recognized over the next few years. By 1974 he was going on his first tour which brought him even more success.

He continued releasing music, but he still struggled at times and that can probably be attributed to what he went through as a child. I’m sure it didn’t help that in 1977 he and Anna got divorced.

In October 1977 he married Janis Hunter. Their relationship didn’t last as long with them separating in 1979 and divorcing in 1981. They did have two kids though, Nona and Frankie. The marriage may have struggled to last because in late 1978 – 1979 he struggled with a cocaine addiction and financial issues that brought the IRS to him. In order to escape his problems he moved to Maui before going on another tour (this one was a European tour).

In February 1981, he moved to Belgium and took some time to sort out his drug issues. He sobered up, started working out, and going to church. He felt ready to come back to the stage about 1.5 years later and shortly after ended his contract with Motown and signed with CBS Records. His first song released with them, “Sexual Healing,” went on to become his biggest hit and spent a record 10 weeks at number 1 on the Billboard charts. It also went on to earn him his first 2 grammys and led to him going on tour again. Unfortunately, the tour only lasted 4 months and was plagued with cocaine triggered paranoia and illness. 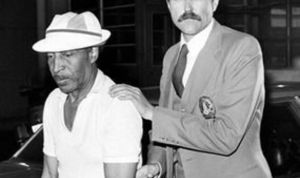 After the tour ended, he moved back to his parents house in Los Angeles. I personally was surprised at this decision because of everything he went through with his father. And unfortunately things weren’t better the second time around. He and his father fell into a habit of violent fights. There was also tension between his parents and at the end of March 1984 they were arguing over a misplaced insurance policy letter. The fighting got so bad that it extended to Marvin Jr.’s bedroom and he was angry at the way Marvin Sr. was treating his mother. He told him to leave her alone and that caused the fight to end for the night. The next day, April 1, 1984, the fight picked back up and Sr. was yelling at Alberta again. This caused Jr. to intervene again and when telling him to leaver her alone didn’t work as it had the night before he reportedly shoved Sr. out of the room and into the hallway where he then began kicking and punching him. This physical fight was stopped by Alberta and Jr. went back to his room, but minutes later Sr. came in with his pistol and shot Marvin Jr. twice – once in the chest and once in his shoulder.

He was only 1 day short of his 45th birthday when he was killed by his own father. He was initially charged with first-degree murder, but the charges were reduced to voluntary manslaughter following a diagnosis of a brain tumor. According to some sources, he also claimed it was done in self defense. He was given a suspended six-year sentence and probation and died at a nursing home in 1998.

In 1987, he was inducted into the Rock and Roll Hall of Fame and is remembered for his timeless music. I don’t know about you guys, but I was shocked at how much Marvin went through and had no idea about the things he had gone through. I think it’s great though that he is remembered for his legacy rather than the not so good things.