I’m assuming you guys have heard the saying, “A Dingo Ate My Baby,” right?

So the way it came about is actually pretty dark and I’m surprised that with its background it’s used in such a flippant way. So without further ado, I’m going to tell you the story behind “a dingo ate my baby.”

➢Her father was a pastor

➢Moved to Australia when she was ~1.5 y/o

➢Worked vacation jobs as a waitress, shop assistant, and clerk

➢Later worked as receptionist and bookkeeper

➢Michael joined the church in ‘65 and then moved to Australia

➢Got a theology degree and became a pastor for the church

➢Moved to Tasmania for 5 years

➢Decided to take a vacation and go camping in Uluru 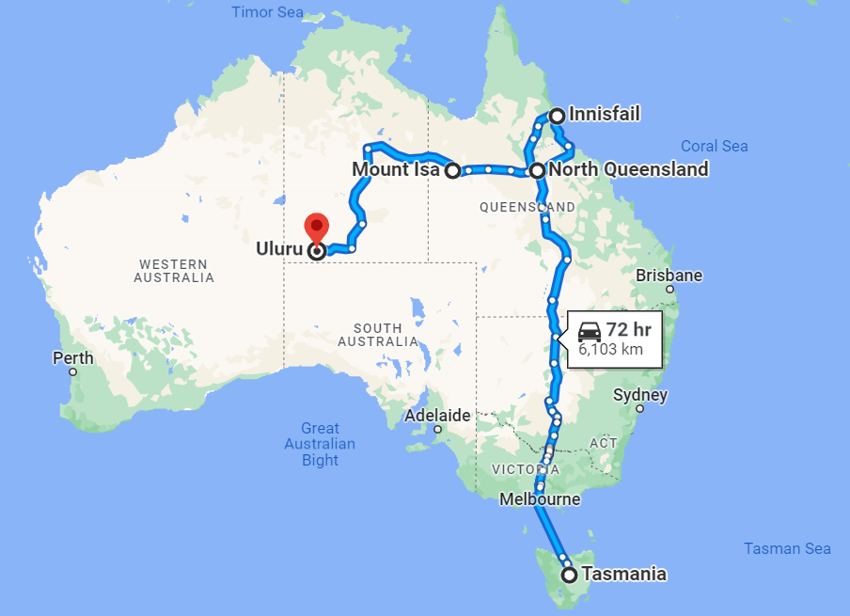 At eight p.m. and well after dark, Lindy finished breast-feeding Azaria and took her to the tent—thirty feet from the picnic table where she placed the baby in a bassinet and covered her with blankets. She’d taken Aidan with her and Reagan was already asleep inside. Lindy went to their car that was parked beside the tent and got a can of baked beans to give Aidan as a bed-time snack, then returned with Aidan to Michael at the picnic table.

At 8:15 p.m Azaria cried out. Concerned, Lindy walked toward the darkness of the tent-site and this is where things take an unexpected turn. Lindy claims that she saw a dingo at the opening of the unzipped tent door. She said it appeared to have something in its mouth and was violently shaking its head. She hopped over a short parking barricade and the animal ran away. She then looked in the tent and saw that Azaria was gone and there were also bloodstains on the floor and bedding.

Quick pause to talk about what a dingo is:

➢Body fur is short with a bushy tail

➢Muzzle is longer and tapered

Placental mammal – which means it gives birth to live young, feeds its young via mammary glands that produce milk and has fur or hair of some form

The ‘standard’ coat colour is ginger with white feet. However, in the desert areas, the fur is more golden yellow while in forested areas the fur can be a darker tan to black

Mammals form the main part of their diet especially rabbits, kangaroos, wallabies and wombats. When native species are scarce they are known to hunt domestic animals and farm livestock. This makes them very unpopular with pastoralists. Failing this, the Dingo will eat reptiles and any food source it can find including insects and birds.

Dingoes display a clearly defined territory which is rarely left and often defended against other Dingoes. However, territory is known to be shared when Dingoes form packs for hunting.

The police conducted a preliminary investigation from the nearest town before the family returned home to Mt. Isa

At first, everyone was like ok, well that sucked, but it happened. A dingo had been seen in the campground before dark by multiple campers. Some had heard a dog growl just minutes before hearing the baby cry out. And if that wasn’t enough, park rangers had warned that the dingo population was increasing and they were known for being quite aggressive. Even more, Aidan (their oldest) backed up Lindy’s story of going to the tent and the car, since he had been with her.

So it seems pretty straightforward, right?

The police stopped their investigation, but seven days later things took a turn. A hiker found some of the clothes Azaria had been wearing, nearly three miles away from the campsite – close to the dingo dens

An examination of the clothes was done and what they found made police reconsider everything they knew.

Accessed August, 2022. Did a Dingo Really Get Her Baby? http://dyingwords.net/tag/lindy-chamberlain-creighton/