Lindy Chamberlain – The Trial that Captured the World (Part 2)

Lindy and Michael Chamberlain went with their three kids on a camping trip in Uluru, AU. Their youngest, 9 week old Azaria, was reportedly taken by a dingo and vast searches for her turned up nothing. It seemed pretty straightforward until a week later a hiker found some of the clothes Azaria had been wearing. Where I left you was that after examining the clothes police reconsidered everything they knew about what had happened.

So What Was it about the Clothes?.

Like I said last week, they were found a week after the incident. By this time the media had gotten hold of the story and the rumor mill had begun. People were talking about how dingos don’t behave in that way. Remember, they are opportunists and approaching a full camp isn’t something you would expect from them. It was also being said that dingos can’t run with something in their mouths. 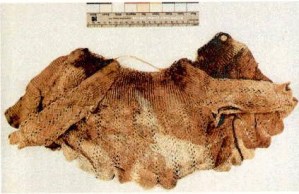 Azaria’s blood-stained matinee jacket that she wore on the day of her death. (Source: https://murderpedia.org/female.C/c/chamberlain-lindy-photos-2.htm)

The examination found bloodstains on the upper part of the jumpsuit which showed a jagged perforation in the left sleeve and a “V”-shaped slice in the right collar. The singlet was inside out and the diaper fragments were shredded. The police officer who retrieved the garments failed to photograph their original position as had the original police officers attending the incident failed to photograph the scene. They also failed to properly examine and photo the tent’s interior which others reported was pooled and spotted with blood. Her matinee jacket was missing though. Also in the photos of the clothing at the site, they appeared to be layed out neatly and almost folded, which is not very convincing of the clothes being torn off by a dingo

What Other Information Kept this in the Media?

We also talked last week about how the Chamberlains were members of the Seventh Day Adventist church where Michael was a pastor. People started saying they were in a cult and that Azaria wasn’t taken by a dingo, but was sacrificed. At the end of the episode I made a comment about what people were saying the name Azaria means and I couldn’t remember exactly what it was but I checked and it was “Sacrifice in the Wilderness.” Pretty damning if you ask me and a lot of people agree.

They also latched onto the information that the Chamberlains always dressed Azaria in black clothes.’

An inquest was held in February 1981 to determine what actually happened. The media was still in a frenzy and the police were covering their butts. The coroner ruled that Azaria’s death was due to a dingo attack just like the Chamberlains have been saying all along. But how can a cause of death be determined without a body? It was also pointed out that there wasn’t really much of an investigation so what were they really basing the decision off of ?

This all just fueled the media even more and the authorities moved into damage control. They formed a task force “headed by an ambitious police Superintendent with an aggressive field detective and was overseen by a politically-protective prosecutor. Collectively, they ran the investigation with the mindset that the dingo attack was implausible and that Lindy fabricated the story because she’d killed her own kid.”

What did they find?

On September 19, 1981, Operation Ochre did a massive round-up of the original witnesses for re-interviews and raided the Chamberlain’s’ home. They seized boxes of items in a search for forensic evidence and impounded their car.

The theory they were going off of was that Lindy took Azaria from the tent to the car where she slit her baby’s throat, then stuffed her infant’s body in a camera bag. With husband Michael’s help, and after the searchers went home, they took their daughter’s body far away to the dingo dens, buried their little girl, then planted her clothing as a decoy.

So basically they went straight to 100

Maybe not 100% uncalled for though?

The vehicle was forensically grid-searched over a three-day period. Suspected bloodstains were found on the console, the floor, and under the dashboard which was described as an arterial spray pattern. Blood was also found on various items taken from the Chamberlain’s’ home, from items that were known to have been present in the tent at the time Azaria disappeared. It was also confirmed the blood on Azaria’s jumpsuit was human and it was composed of 25% fetal hemoglobin which was consistent with an infant’s blood.

A year after the first inquest a second one was held. This one was less gathering information and more a prosecution. The evidence discovered in inquest #1 was presented and they explained that it showed the baby must have bled out in the car. Another forensic expert testified the cuts and bloodstain pattern on the jumpsuit were caused by a sharp-edged weapon, probably a pair of scissors, and were in no way caused by canine teeth.

Despite civilian witnesses testifying consistently, and corroborating the Chamberlain’s claims, the inquest deferred judgment and referred the case to the criminal courts.

I also think it’s important to note that going into this, the Chamberlains didn’t get any access to what information would be presented so they were hearing all of this for the first time.

Lindy was tried for Azaria’s murder a few months later in September 1982 while Michael was accused of being an accessory after the fact. Over a hundred and fifty witnesses testified. A lot of those were forensic experts and some of them were apparently a big deal. The Chamberlains had to defend themselves, funded by their church and donations by believers in their innocence. They had no access to disclosure of evidence by the prosecution and were kept on the ropes by surprise after surprise of technical evidence which they had no time nor ability to prepare a defense.

A Trial the Gripped the Nation

You know how the O.J. Simpson trial was in the U.S.? This was like that but international

So What was the Decision?

The jury sided with the prosecution that science was more reliable than eye and ear witness testimony and the Chamberlains were convicted. Lindy was sentenced to life imprisonment with hard labor and Michael was given a three-year suspended sentence. At this point Lindy was pregnant with the couple’s fourth child (and second daughter) and went directly to jail. Lindy appealed twice but with no success. The Australian courts found no fault in the application of law.

The case still wasn’t fading from the public interest and there were strong supporters of Lindy petitioning. They were calling for changes in the law and for a new trial to be held. The Australian officials were feeling the pressure but nothing seemed to be happening.

That is until February 2, 1986 when a British rock climber fell to his death at Ayers Rock in Uluru (the same area everything happened with Azaria). But how are these two things related?

Remember how when they found Azaria’s clothes, her matinee jacket was the only thing missing? Well, when they were searching for the climbers body what did they find other than that very same jacket. It was partially buried in the sand outside a previously unknown dingo den – but a dingo den nonetheless.

When news of this broke, and there was a massive public outcry. This caused Lindy to be released from jail pending a re-investigation a.k.a. Inquest #3.

A Royal Commission of Inquiry into Lindy Chamberlain’s conviction was held from April 1986, to June 1987. It focused on the validity of the scientific evidence that had been presented rather than on legalities of court procedure.

Remember the damning forensic evidence? The jewel of the forensic crown—the fetal hemoglobin in the family car bloodstains? Well they turned out not to be blood at all. The drops were in fact spilled chocolate milkshake and some copper ore dust while the “arterial spray” was overspray from injected sound deadener applied at the car factory.

As if that weren’t enough, the clothing cuts became another Achilles’ Heel and toppled the now precarious case because the expert witness had been discredited in other cases resulting in wrongful convictions. New forensic witnesses, with more advanced technological expertise, testified the cuts were entirely consistent with being mauled by a dog or dingo. 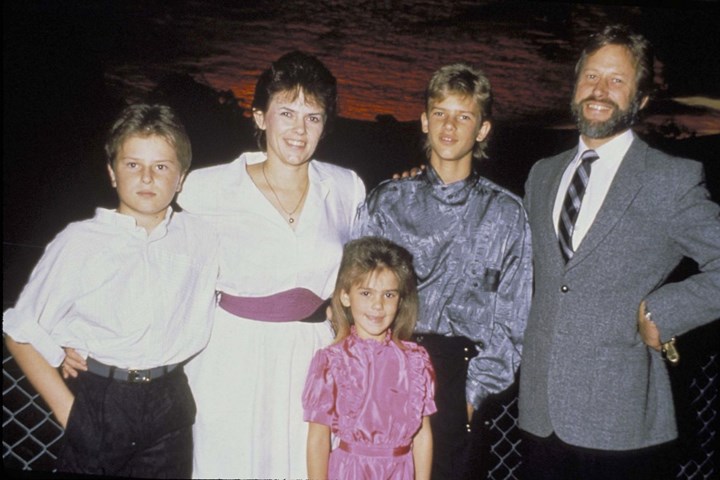 The Truth is Out… Sort of

In September 1988 the Australian High Court quashed the Chamberlains’ convictions and awarded them $1.3 million in damages. That may sound like a lot but unfortunately that wasn’t even enough to cover their legal bills, let alone to compensate for the effect it had on their lives.

So it sounds like while it’s not the best ending at least the Chamberlains have been cleared, right? If you haven’t figured it out yet, nothing in this case is that simple.The High Court never actually said that Lindy was innocent. They set aside her conviction, but didn’t make any amends to publicly proclaim her innocence even after everything she had gone through.

More than 2 decades later, in 2012, Lindy’s perseverance led to a fourth and final inquest. The presiding coroner classified Azaria Chamberlain’s death as accidental—being taken and killed by a dingo.

Coroner Elizabeth Morris publically apologized to Lindy on behalf of all Australian authorities for a horrific, systematic miscarriage of justice.

Accessed August, 2022. Did a Dingo Really Get Her Baby? http://dyingwords.net/tag/lindy-chamberlain-creighton/

Accessed August, 2022. How Does Sound Deadening Work in a Vehicle? (bestcaraudio.com) https://www.bestcaraudio.com/how-does-sound-deadening-work-in-a-vehicle/