The Murder of Helle Crafts A.K.A. “The Woodchipper Murder”

➢The first case to be covered by Forensic Files

➢This was the first case that got Dr. Henry Lee’s name out there

○If you don’t recognize his name, he built New Haven’s forensic science program into one of the top ones in the nation after serving as the chief criminalist for the state of CT and director of the CT State Police Forensic Science Laboratory

○He has consulted on more than 8,000 criminal cases in 46 countries, including the Jonbenet Ramsey case which I believe we mentioned him in. He also consulted on the O.J. Simpson trial

Who is Helle Crafts?

❖Grew up in a small village north of Denmark

❖A vibrant and outgoing child

❖Made friends easily and was well liked

❖She could understand and learn languages easily

➢Learned French and English and could understand German, Norwegian, and Swedish 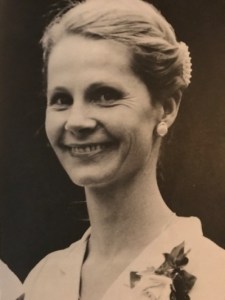 Helle a few years before her murder. (Source: https://forgotten-or-unknown-truestories.tumblr.com/post/172530530792/photos-of-helle-crafts-1-helle-and-richard)

❖Became an au pair in France

❖While in France, she got a job as a stewardess with Capital Airways

❖Got to fly to places like Africa, Brussels, and Frankfurt and realized she loved the thrill of discovering new places

❖Applied for a job with Pan Am Airways

❖She was one of 8 selected out of 200 candidates

❖On May 24, 1969, while she was waiting at the motel for a flight, she met a man named Richard Crafts, who was 31 at the time, and well now I have to tell you about him

➢He wore his dark brown hair in an unkempt style, but not in a homeless looking way – more a girls get flustered sorta way (according to articles – I don’t see it

➢More rough around the edges than your stereotypical pilot

➢While described as pretty average, he always had a woman with him

➢Told extravagant stories about his past

❖His father was a successful businessman in Manhattan

➢Dreamed of living in the suburbs

➢Later purchased a home in Darien, CT one of the most affluent communities in the state

❖A lot of expectations for him to live up to

❖Tried college but decided to drop out

❖Was good at flying helicopters

❖Was certified as a pilot in the late 50s

❖Transferred to Korea and Japan in 58

❖Also flew planes for Air America AKA the CIA

❖At some point he was injured during a mission

Even got engaged… not to Helle 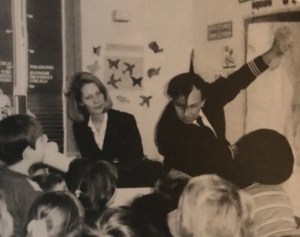 Helle and Richard at Career Day. Richard teaches a kindergarten class about airline routes while Helle and the children listen. Richard even let one student wear his pilot’s cap. (Source: https://forgotten-or-unknown-truestories.tumblr.com/post/172530530792/photos-of-helle-crafts-1-helle-and-richard)

○I couldn’t find anything to confirm, but it sounds like he didn’t marry the woman he was engaged to when they met

➢They fought quite a bit, even in public

➢In 75 Helle got pregnant and they decided to get married

➢They were married in November of 1975 in New Hampshire

➢In 1976 they bought a home in Connecticut

➢Over the next few years they had 2 more kids

➢Withe Helle going back to work and Richard continuing his work as a pilot, they were making about $125,000/yr

○AKA top 5% of wage earners in America at the time

❖Remember how before Helle got pregnant they were known for their fighting?

❖It seems that while things were going well by certain accounts – kids, money, etc things weren’t all sunshine and rainbows

➢Some of which was landscaping equipment (even a $25000 backhoe) 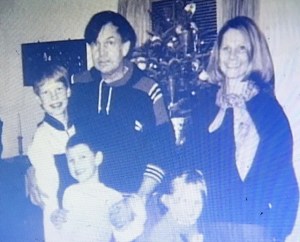 ➢He wasn’t getting paid for this, but took it very seriously

➢In 1986 he was hired as a police officer in a nearby town, Southbury

○For the car he got multiple radios, antennas, police lights, and a siren

❖At this point, they’ve been married 11 years

❖What I haven’t told you is that while all of the stuff I’ve been telling you about was going on, Richard was still seeing other women

❖Helle knew about his infidelity, but put up with it

➢For the kids? Appearance sake? We don’t know for sure

❖Helle started openly talking about divorce with some of her friends

❖In the summer of 86, she retained a divorce attorney and hired a private detective to gather evidence against Richard

On November 18, 1986, some friends dropped Helle off at the couple’s Newtown residence after she had worked a long flight from Frankfurt, West Germany. She was never seen again.

Where Did She Go?

That same night a huge snowstorm hit. The next morning, Richard said he was taking Helle and the kids to his sister’s house in Westport, but when he arrived there was no Helle. He spent the next few weeks making up a bunch of different stories when Helle’s friends would ask where she was. Like we talked about earlier, it wasn’t a secret that Richard could be violent, so they were rightfully worried about her. She had even gone so far as to tell some of her friends that if anything ever happened to her not to assume it was an accident.

On December 1, her PI, Keith Mayo, from the divorce reported her as a missing person. But Newtown police brushed him off and said that she would probably return. They knew Richard from his policing and weren’t thinking he could have done anything to her.

Keith wasn’t convinced and decided to take what he knew to the county prosecutor who ended up referring the case to the CT state police.

On December 26, while Richard was on vacation with his kids in Florida, troopers searched the house. Inside, they found pieces of carpet taken from the master bedroom floor. The family’s nanny (or au pair depending on the source) recalled that a dark, grapefruit-sized stain had appeared in an area of the carpet, which was later missing. There was also a blood smear on the side of the bed mattress.

If that wasn’t suspicious enough, they also found that Richard’s credit card records showed several unusual purchases around the time Helle vanished. These included a freezer that was not found in the house, bed sheets, a comforter, and the rental of a woodchipper. There was also a receipt for a chainsaw which was later found in Lake Zoar covered in hair and blood that matched Helle’s DNA.

It’s not looking good for Richard, but everything is pretty circumstantial.

A local man named Joseph Hine worked for the nearby town of Southbury and drove a snow plow during the winter. On the night of November 18, the same night Helle disappeared, he was plowing the roads when he noticed a rental truck with a woodchipper attached parked near the shore of Lake Zoar (zo-ar).

Detectives searched the water’s edge for days. At first they didn’t find anything except for a piece of mail addressed to Helle. But as they continued searching, they found a lot more. There were multiple small pieces of metal and 3 ounces (85 g) of human tissue, including the crown of a tooth, a fingernail covered in pink nail polish, bone chips, 2,660 bleached blonde human hairs, blue fibers and O type blood (same as Helle).

Everything they found, led the police to conclude the remains had likely been fed through the woodchipper Richard had been seen towing. Also if you remember the chainsaw they also found in Lake Zoar, it contained traces of blonde human hair and while the serial number marking on the chainsaw had been scrubbed away, the investigators were able to restore the number in the laboratory. This was then used to trace it to the retailer, whose records confirmed that Richard Crafts had purchased and registered the warranty for it. This next part is a little gory so skip ahead 30 seconds if you don’t want to hear it… Investigators concluded that Richard struck Helle in the head with something blunt at least twice, staining the carpet with blood, then kept her body in the freezer for hours until she was frozen solid. He then cut her apart with the chainsaw, and then put the pieces through the woodchipper, probably projecting her fragmented remains into the truck and then shoveling them out onto the shore.

Prosecuting Without a Body

So obviously, it’s pretty clear what happened, but there are certain steps to trying a case and some of those become a lot more difficult when there isn’t a body. For example, a homicide case requires an official determination of the death of the alleged victim which would normally be done through identification of a body which clearly isn’t happening here. So what they did was have a forensic dentist match the tooth they found to Helle and using this the county’s coroner issued a death certificate for her on January 13, 1987.

To prepare for the trial, the state ME used a pig carcass fed through a woodchipper to compare it to what the found of Helle. The shape of, and marks on, the pig’s bone chips after this process were similar to the shape of Helle’s bone fragments.

❖Richard’s murder trial began in May of 88

❖It was moved to New London because of the publicity

❖The jury deliberated for 17

❖A second trial began and ended in November of 89

➢That would mean he wouldn’t get released until 2039

❖This law has been updated and is a lot less lenient now, but because he was sentenced in 89 while the law still reflected it more leniently, he got to get out when he did