From Missing to Murder: The Disappearance of Caylee Anthony (Part 1)

FROM MISSING TO MURDER: THE DISAPPEARANCE OF CAYLEE ANTHONY 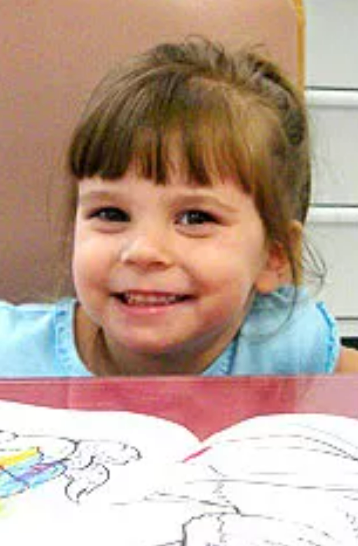 Caylee Anthony was born on August 9th, 2005 in Orlando, FL to Casey Anthony, who was 19 years old at the time.

At least to the public, there is some speculation over who Caylee’s father really was. It is speculated the father was Casey’s then fiance, Jesse Grund. However, Casey also mentions there was another man in her life at the time who died in a car accident, but his name is unknown.

There was also some drama about her being pregnant from the beginning, as she kept her pregnancy a secret, up until the very end.

You know what they say, what begins in chaos, usually ends in chaos, and this was no different.

Caylee Anthony stayed with her grandparents, Cindy & George Anthony, in their Orlando home.

Casey was still a teenager and was living a teenager’s life of partying & going out, which didn’t lend itself to her taking care of a baby.

That is until Father’s Day, June 15th, when Casey had an argument with her parents, and decided she was so angry about whatever it was over that she would get back at them by hitting them where it hurts most…their granddaughter, Caylee.

So, the next day she took Cayee with her. This would be the last time they would see their granddaughter alive. Or would it? Because what happens next depends on who you believe.

Where Did Caylee Go?

According to a 911 call, June 7th was the last time Cindy & George saw 3 year old Caylee. Which would indicate that if there was a fight on Father’s Day, that Caylee wasn’t there, or that this fight never occurred?

What we do know is that Casey’s lifestyle continues to be the same, based on images of her captured on camera & video. She was still going out, dancing, partying, hunched over a toilet bowl puking, typical behavior of a person her age for the most part. In early July, Casey got a tattoo that read “Bella Vita,” or “beautiful life” in Italian. But who was taking care of Caylee?

On 7/13/08, the Anthony’s were notified by a letter that their family car, a ‘98 white Pontiac Sunfire, had been impounded, and when George picked it up, it had a horrible smell inside it. Like most people, the Anthony’s originally thought the smell was the trash found inside it. But after it was removed, the car’s trunk still had an ominous odor to it, which George described as decomposing organic matter. Inside the car, he found Casey’s purse, along with Caylee’s car seat and toys, but no Caylee.

Cindy confronts Casey at her house on 7/15/08, about the car, money Casey allegedly stole from her bank account, and the location of Caylee, as they hadn’t seen or heard from her for over a month. Casey finally admits to her mother that Caylee is missing, and she doesn’t know where she is. So, on July 15th, 2008, Cindy, not Casey calls 911, over a series of 3 calls, while Casey is at their home, to have her arrested for stealing their car & money. While on the phone w/ 911, she also wants them to compel Casey to tell her where Caylee is. And, then we find out about another figure in this story of a missing toddler: Zenaida Fernandez-Gonzalez. 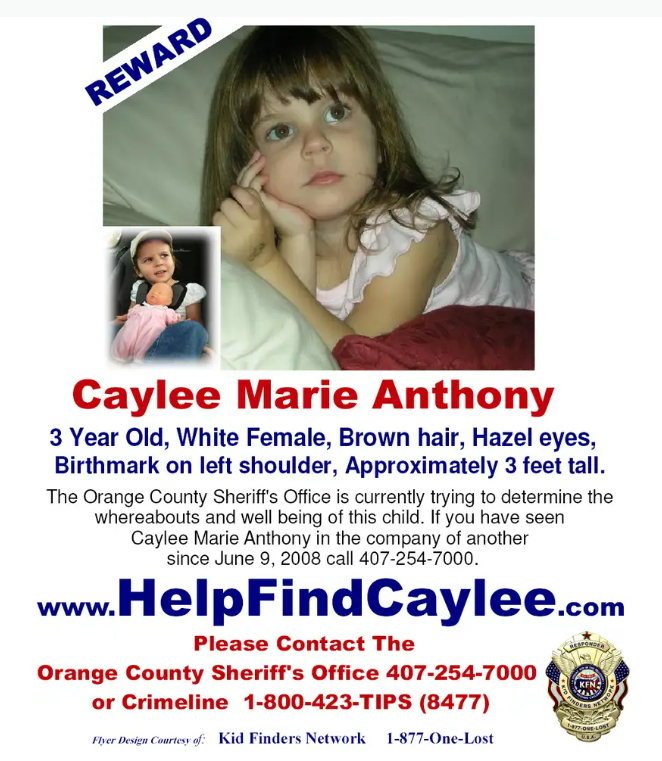 Casey had been living at her boyfriend, Tony Lazaro’s place since she left her parent’s home.

And, allegedly had a nanny by the name of Zanaida Fernandez-Gonzalez who was responsible for caring for Caylee. Now, what I find interesting about this, is that a young girl, in her early 20’s, with a job working at Universal Studios, in Orlando, could afford a nanny.

Well, she couldn’t and she didn’t. In fact, after police tracked down, and interviewed a woman with that exact same name, they determined that Zanaida Fernandez- Gonzalez, had not only never been Caylee’s nanny, but she had never even met Casey, Caylee, or any of the Anthony family members before. This was just a lie concocted by Casey. Which is not the first time she lied to her family, or anyone else for that matter. 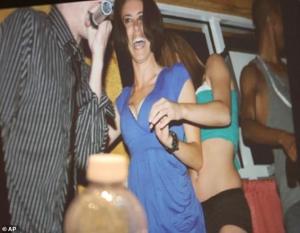 Casey Anthony at a Hot Body contest after Caylee was missing (Source: https://www.dailymail.co.uk/news/article-7083055/Casey-Anthony-reveals-plans-racy-film-detailing-wild-partying-cover.html)

Zanny the nanny was not the only fictional person invented by Casey Anthony.

In another lie originally told to her mother, Cindy Anthony, Casey claimed to have had a relationship with a man named Jeff Hopkins, who she identified as the person who introduced her to Zanny the nanny.

ABC News reported that Casey described Jeff as a “wealthy” guy “who worked at Nickelodeon” and “had a son named Zachary who was the same age as Caylee’s.” They also reported that Cindy had “found a picture of a man and a boy on Casey’s cellphone identified as Hopkins and filed it under ‘boyfriend’”.

Casey supposedly also said that Jeff’s mom (who she called Jules) had cancer and had told her mother that Jeff and Jules would be coming to meet her family around Christmas, only to cancel “at the last minute.” Casey even used “Jules” as an alibi for the time of Caylee’s disappearance, claiming she and her then-missing daughter were in Jacksonville, attending a “surprise wedding” for Jules.

During the investigation, detectives determined there really was a person named Jeff Hopkins in real life, but, much like Gonzalez, the story Casey told about him was completely made-up. The real Jeff Hopkins was an old middle school classmate of Casey’s, and he not only had never dated her, but he did not introduce her to Gonzalez.

Much like something out of fictional novel, there’s more to unravel about Casey’s story…Notably, her job at Universal Studios. But this lie, was one that she had fabricated for years!

After arrest, Casey Anthony insisted her focus is on finding Caylee http://www.cnn.com/2011/CRIME/06/02/florida.casey.anthony.trial/index.html?hpt=ju_c1

The Death of Caylee Anthony: Untangling the Case That Ended in Casey Anthony Being Found Not Guilty https://www.eonline.com/news/845489/the-twisted-case-of-casey-anthony-sifting-through-the-evidence-and-lies-that-prevented-justice-for-2-year-old-caylee-anthony

What are the different kinds of manslaughter? https://www.sundancetv.com/shows/true-crime-story/episodes/season-1-indefensible-the-casey-anthony-episode–1060269

Casey Anthony ‘Is Getting Ready to Tell Her Truth’ in Upcoming TV Documentary, Says Friend https://people.com/crime/casey-anthony-is-getting-ready-to-tell-her-truth-says-friend-in-upcoming-documentary/

Casey Anthony Was Planning a ‘Racy and Explicit’ Movie, But It Was Scrapped Due to Coronavirus https://people.com/crime/casey-anthony-planning-racy-movie-scrapped/

The Most Bizarre Things About The Casey Anthony Case https://www.nickiswift.com/422514/the-most-bizarre-things-about-the-casey-anthony-case/?utm_campaign=clip